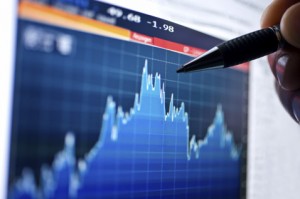 With Microsoft’s release of Office 2013, now fully equipped with features such as PowerPivot and PowerView, news outlets and blogs are abuzz speculating this is a push to make Excel the next Business Intelligence (BI) tool. Software Advice sat down with Rob Collie, CTO of PivotStream and one of the founding engineers of PowerPivot, to get his perspective on how the new Excel will affect Business Intelligence and Excel professionals.

Takeaways from the interview:

1. More adoption of PowerPivot in the Excel community. PowerPivot has yet to receive a lot of attention among the Excel audience.

“Unlike programmers, BI specialists, and other IT pros, the Excel audience doesn’t congregate at conferences and they don’t closely monitor what Microsoft is saying about the next version of their toolset. Overwhelmingly, the way they learn about new Excel capabilities is by inspecting the latest version once it lands on their desktop.”

All of that is about to change now that Office 2013 has more tightly integrated PowerPivot into Excel. Originally a separate download, PowerPivot is now part of the original package upon purchase.

2. The PowerPivot community is growing.

“Using PowerPivotPro traffic as a guide, I’ve seen the PowerPivot audience double in size every year since 2009. But I’d still estimate that less than one percent of the eventual PowerPivot target audience has been exposed to the product as of today.”

3. All Office users now data analysts? Collie doesn’t see the new Office as an attempt to turn every Office user into a data analyst, but he does think  “the vast majority of data processing, analysis and reporting in the world already takes place in Excel.”

“It all adds up to a very different career arc for Excel users, and one that I am excited to help champion. And it’s actually here today, not five to 10 years out, for the more forward-thinking organizations. Every organization isn’t going to change overnight, but it’s no longer for lack of tools.”

Other Excel enthusiasts concur. Office 2013, with Excel’s PowerPivot and PowerView capabilities,  does seem to indicate Microsoft positioning themselves more securely within the BI marketplace. Chris Webb, an independent consultant specializing in Analysis Services, MDX, PowerPivot and DAX, cites on his blog that those two additions “represent a master-stroke on the part of Microsoft: they make Excel 2013 a serious contender in the self-service BI tool stakes.”

What do you think of Microsoft’s steps to place more business intelligence tools into end-users’ arsenals?

One thought on “Is Microsoft Excel the Next Great Business Intelligence Tool?”